In the past week several people approached me to ask about the Eastern religious roots of yoga. I felt compelled to bring a rebuttal of a recent sermon a prominent pastor spoke on the “demonic influences” of yoga. Why am I qualified to speak out? I have been in Christian ministry for the past 30 years: trained in the International School of Theology and have studied scripture carefully many years in order to “accurately handle the Word of Truth” (2 Timothy 2:15). I’ve also been practicing and teaching yoga for several years and have seen a significant change in my body because of it. 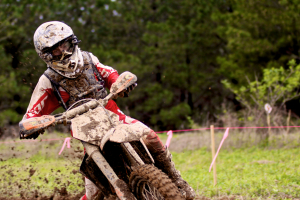 I was skeptical of yoga when I first started practicing. I had beat my body up in many high impact sports such as racing motorcycles and mountain bikes and needed to find some kind of exercise to not only stay in shape, but also help me heal the impact injury these sports had caused. I came to a 26 posture hot yoga class and knew immediately it was something that would help my body.

There was no chanting, only coaching on how to do the postures correctly and safely. At the end we were to lie down and rest in “savasana.” During this time I would pray. I asked the Lord to bless the studio and draw the hearts of the teachers and students around me to want to know Christ and walk with him.

God answered my prayer above and beyond what I imagined. The owner soon asked me to be the chaplain of the studio. We began to have Bible studies there, play Christian music in the lobby and the owner would share scripture at the end of class. The studio has become such a light and I’ve seen many hearts change and grow in love and joy through knowing God personally.

Is the practice of yoga worship of an Eastern religion? 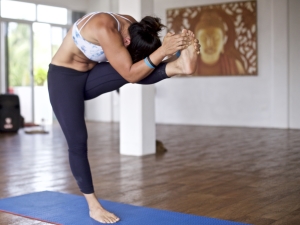 Many things that were once pagan have been reclaimed by Christians.

Christmas was once a pagan holiday. Many think December 25th was chosen because ancient pagan Roman midwinter festivals took place at this time. Since people were already celebrating then it would be easier for the predominately pagan Romans to convert to Christianity.

The Olympics were originally held in honor of the Olympian gods. Even the Emperor Theodosius called the games a “pagan cult.” Yet now many Christians not only compete in the Olympics, but watch and cheer.

To say that Christians cannot redeem a practice that began as something else not only ignores history, but is also a dismissal of the life changing power of Christ.

What does Scripture say? 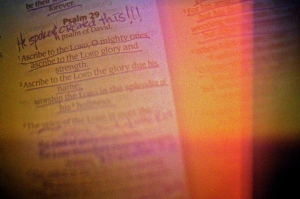 Of course the Bible doesn’t say, “yoga is good, or yoga is bad.” So how can we know from Scripture what God might think about this?

First Corinthians 8 is a passage that might shed some light on this subject. The Christians in Corinth were concerned about eating food that had been offered to idols. Back then food sold at the market often came from the pagan temples. Instead of FDA approved ground beef it was “BPA – Blessed by Apollo”. So the Christians were scared if they ate that brand of meat it would be considered idol worship.

Paul basically said, “Dude! God made the meat, not Apollo. So worship and give thanks to God and ask Him to bless it.” *This is very paraphrased.

How does this apply to yoga?

Yoga was originally used in eastern religions, but we can practice these postures without giving homage to those gods. For example we don’t worship the sun as a god when we do sun salutation. We believe Christ is the son of God and our savior. We worship him in all we do, whether in eating, work or exercise.

Sun salutation or SON salutation? We only salute Christ who backed up His claim of being one with the Father when he rose from the dead.

Is Yoga is Hinduism? 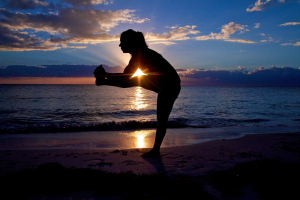 The term “yoga” comes from the Sanskrit, which means “to unite” –to unite the body, mind and spirit. Sure, Yoga originated in Hinduism, and it is still used in some Hindu practices today.

However, things have changed in the last few thousand years. Most yoga currently practiced in America only slightly resembles the original practice. In fact, most of what we do in the West isn’t the same yoga at all—it is only asana, the physical postures, and pranayama, the breathing exercises. This statement sums it up: Hinduism involves yoga; all yoga is not Hinduism. Some yoga teachers do chant or use influences from eastern religions in their practice. As Believers in Christ we must always use discernment in whatever we do. 1 John 4:1 tells us not to believe in just anything, but test it to see if it of God or not.

Is Meditation a dangerous practice? 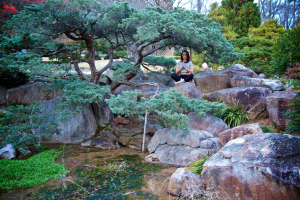 Meditation is called for in Scripture— “Keep this Book of the Law always on your lips; meditate on it day and night, so that you may be careful to do everything written in it. Then you will be prosperous and successful” (Joshua 1:8). Many Christians have been convinced that the only way to meditate is to sit still, empty your mind or chant. This is opposite of what Christians are called to do. We meditate on the God’s Word and his love and presence. We can even meditate on gratitude. Meditation is focusing your attention completely on something. I often meditate by memorizing scripture, praying through it, and then mentally chew on it. Meditate, concentrate, and focus on the love and goodness of our Father God.

Paul wrote a bit about working out. In 1 Corinthians 9:27 said, “I discipline my body like an athlete in training…” In 1 Timothy 4:8 he says, “Physical training is good…” All exercise is God given. We can treat yoga the same way we would treat any other workout: either to get strong and limber or use it as a moving meditation focusing our efforts on the creator of the Universe. I like to think when I raise my arms up I am lifting them in praise to my heavenly Father. Either way we take back what God meant for good and use it for His glory.